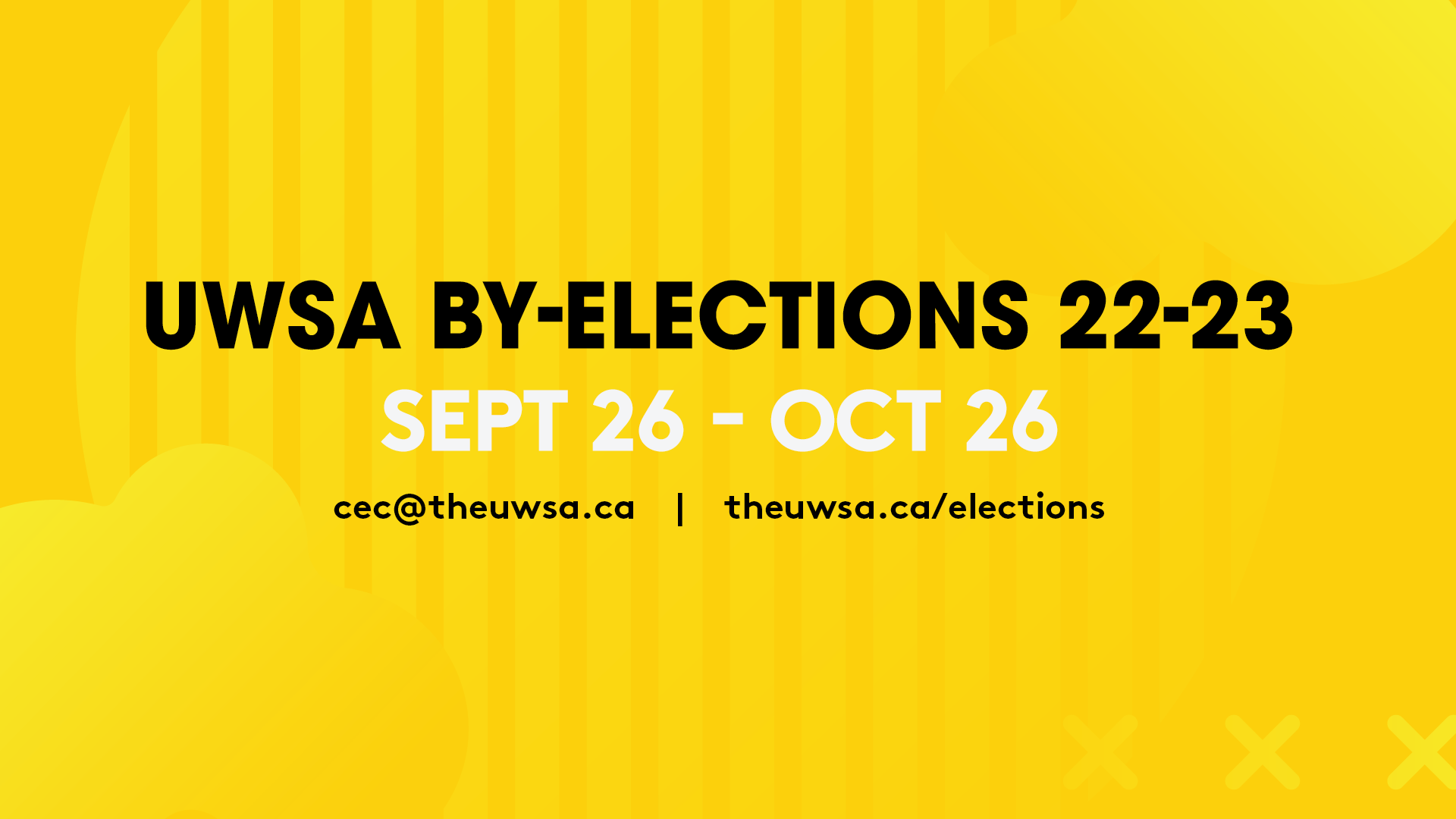 The UWSA By-Election begins on September 26!

The By-Election is where students can run for vacant positions that were not filled during the General Election. To run, you will need to fill out a nomination form and submit it to the Chief Elections Commissioner before the end of the nomination period.

By-Election Nomination Form 2022 – Candidates must submit a completed nomination form to the CEC at cec@theuwsa.ca by 6 PM on October 6, 2022, to be eligible to run in the 2022 UWSA By-Elections.

All candidates or their scrutineers are encouraged to attend the All Candidates Meeting on Friday, October 7, time and location TBD.

If you have questions, email the Chief Elections Commissioner at cec@theuwsa.ca.

Join us for a week of celebration! We'll celebrate

Make a change on campus! Run and campaign as an Ex

Join us this Friday, Jan 27th as the students of t

Doggo Days are back!! Hang out with our furry frie