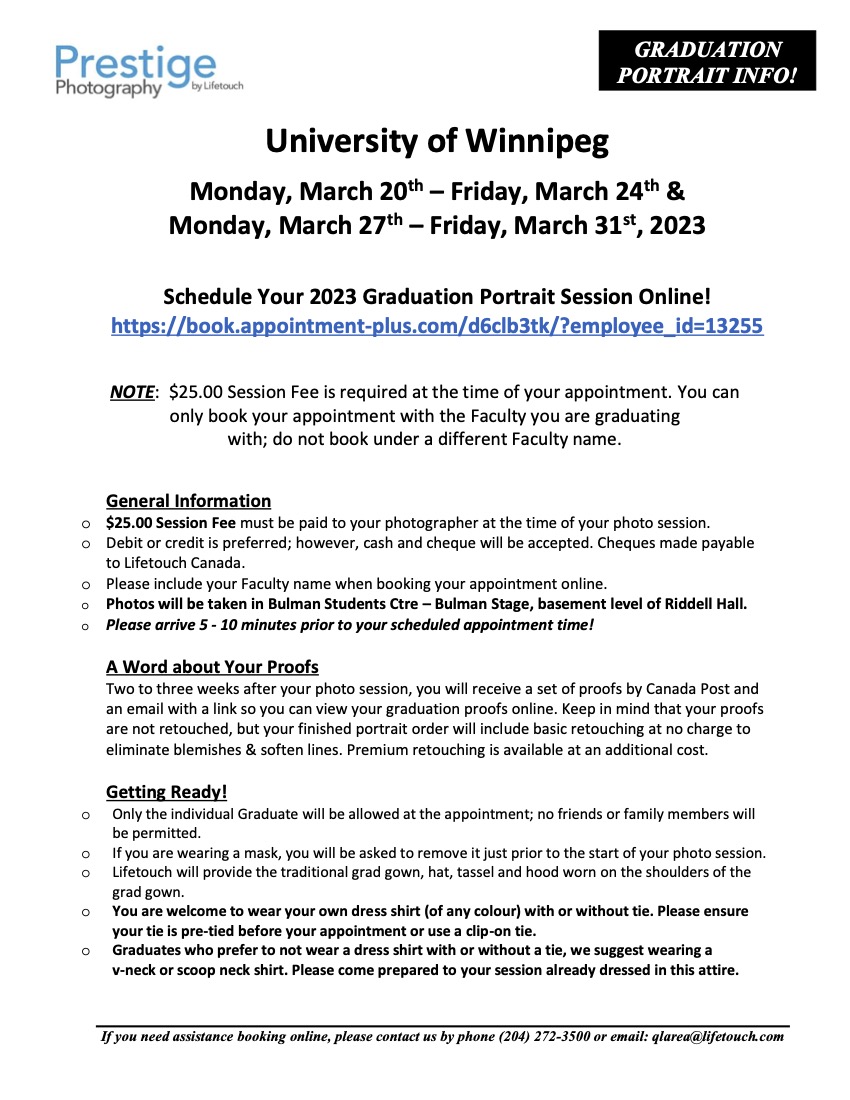 In May of 2022, at the direction of the Board, the UWSA Chief Operating Officer engaged legal counsel to independently investigate allegations that current UWSA President Kirt Hayer had violated UWSA elections bylaws and policies while running for office.

The allegations were submitted in three complaints received in March of 2022.

After a thorough and exhaustive process, the investigators have determined that one of the complaints was dealt with appropriately by the Elections Accountability Board. Regarding the other two, one was based on an unsubstantiated claim where investigators found no proof of the UWSA President trying to coerce a candidate to drop out of the election as alleged.

The second allegation of racist comments was unfounded, which was confirmed by the subject of the alleged comments.

UWSA President Kirt Hayer is fully exonerated of these allegations. This concludes the investigation.

This week The University of Winnipeg is creating a week of wellness-related activities leading up to Bell Let’s Talk Day (Wednesday, January 25).

Events/things you can find on campus related to mental health:

For more information on what The University of Winnipeg is doing, please visit their page here: uwinnipeg.ca/student-wellness/bell-lets-talk-day-uwinnipeg.html

On Wednesday, January 18, the Board of Director Meeting occurred. One of the agenda items was to review the UWSA Elections Reform Proposal. The UWSA Board of Directors has decided to approve the proposal.

The major Election rule changes are: 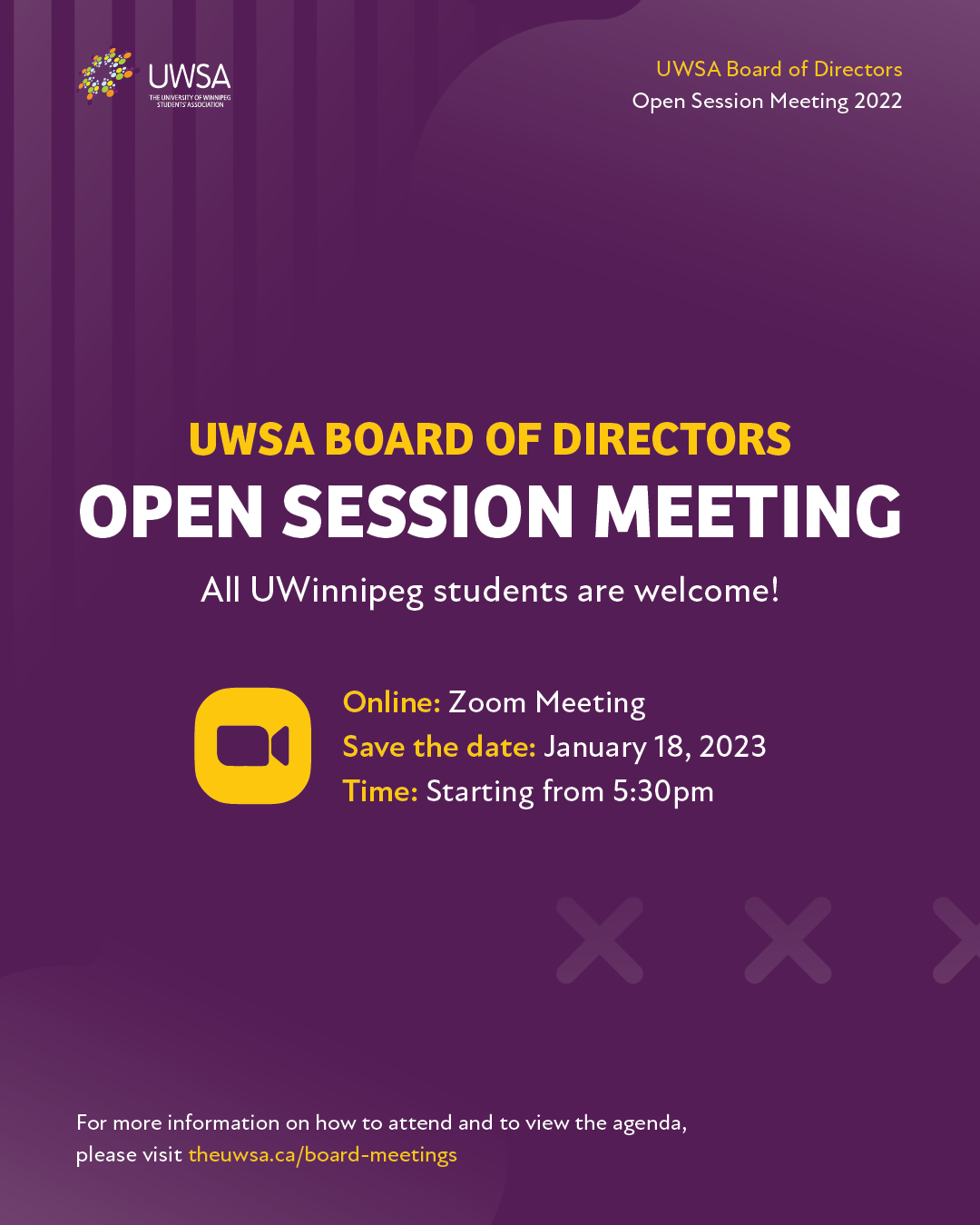 The next UWSA Board of Directors Meeting is on Wednesday, January 18, at 5:30 PM.

All University of Winnipeg students are welcome to attend Open Session. Please email t.hanan@theuwsa.ca by 4:30 PM on the day of the meeting for the Zoom link using your UWinnipeg webmail address and your Student ID Number.

Please review the following documents before the meeting:

Any questions can be directed to Carter Weins, Chair of the Board, at: chair@theuwsa.ca. 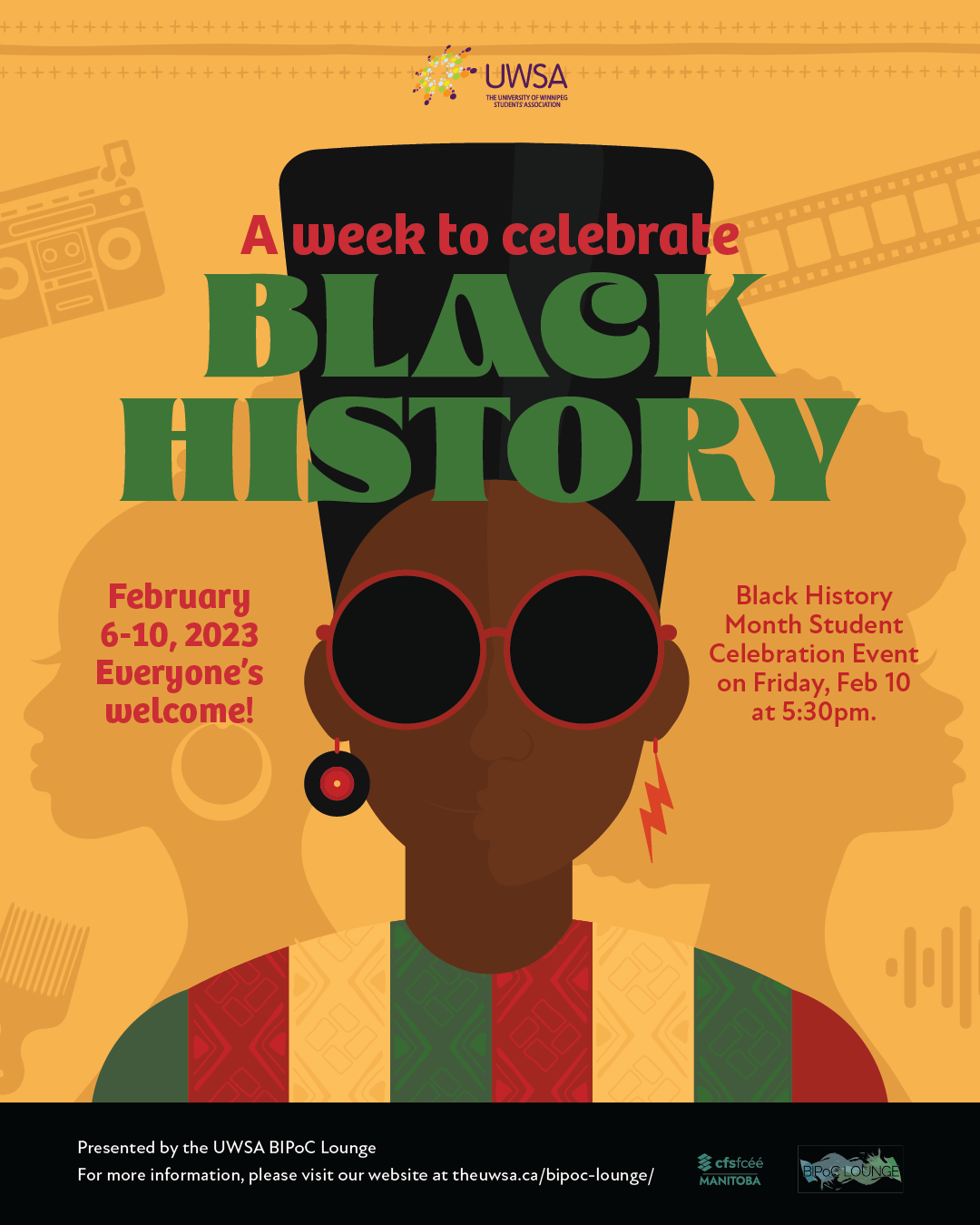 Join us on a week to highlight and acknowledge the strides made by members of the Black Community through sharing information, film, and a celebration night. All are welcome to attend! More information on events will be announced soon!

The By-Law and Policy Committee has added more additions to the Election Reform Proposal Package. The package includes the original one posted in December plus the new ones. Please view the package linked below.

We also want to hear your feedback: theuwsa.ca/uwsa-reforms-feedback/

Below you can view the By-Law and Policy Committee Reports from December 2022. For any comments or information, please email Thomas Hanan at t.hanan@theuwsa.ca. 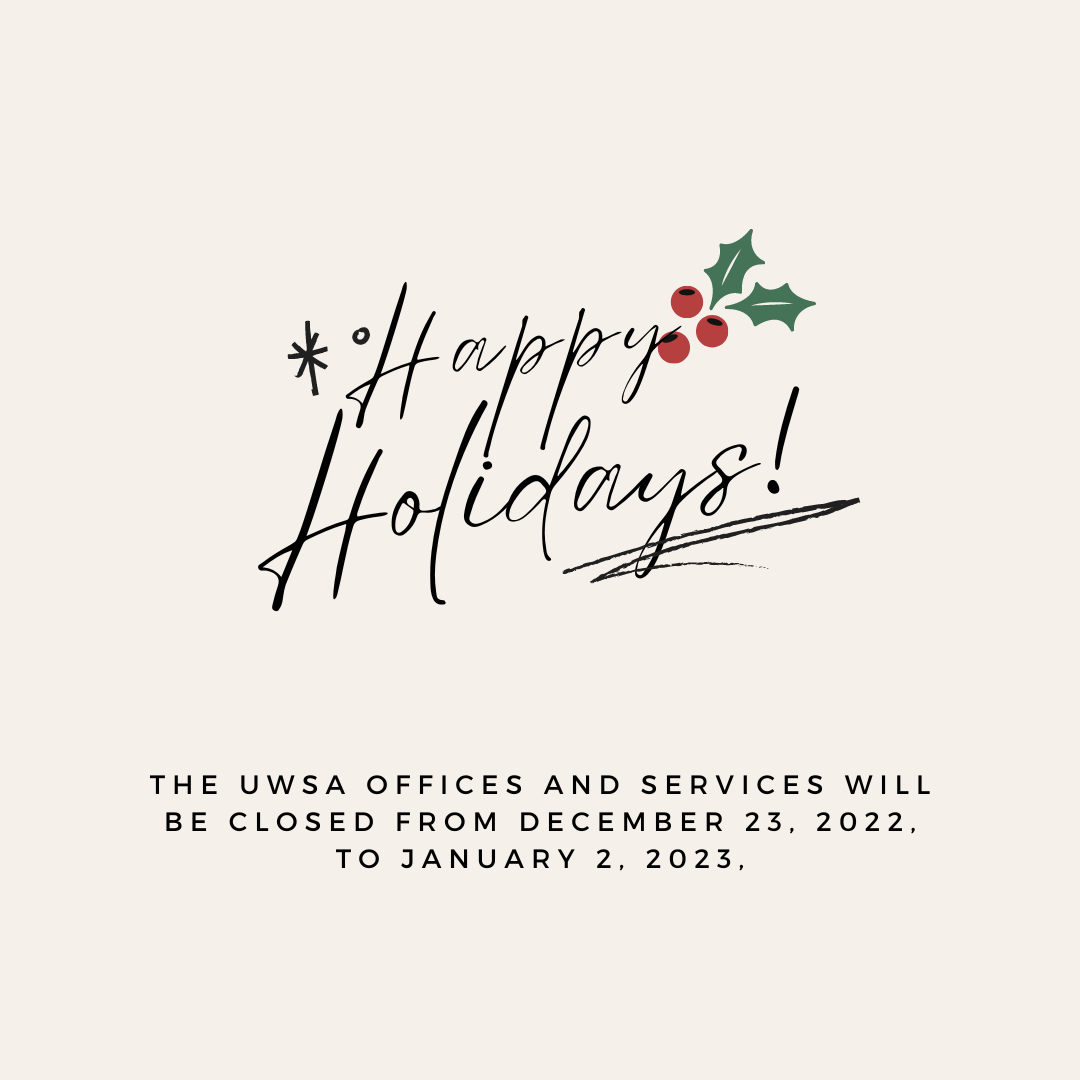 The UWSA offices and services will be closed from December 23, 2022, to January 2, 2023, resuming activities on January 3. Happy Holidays! 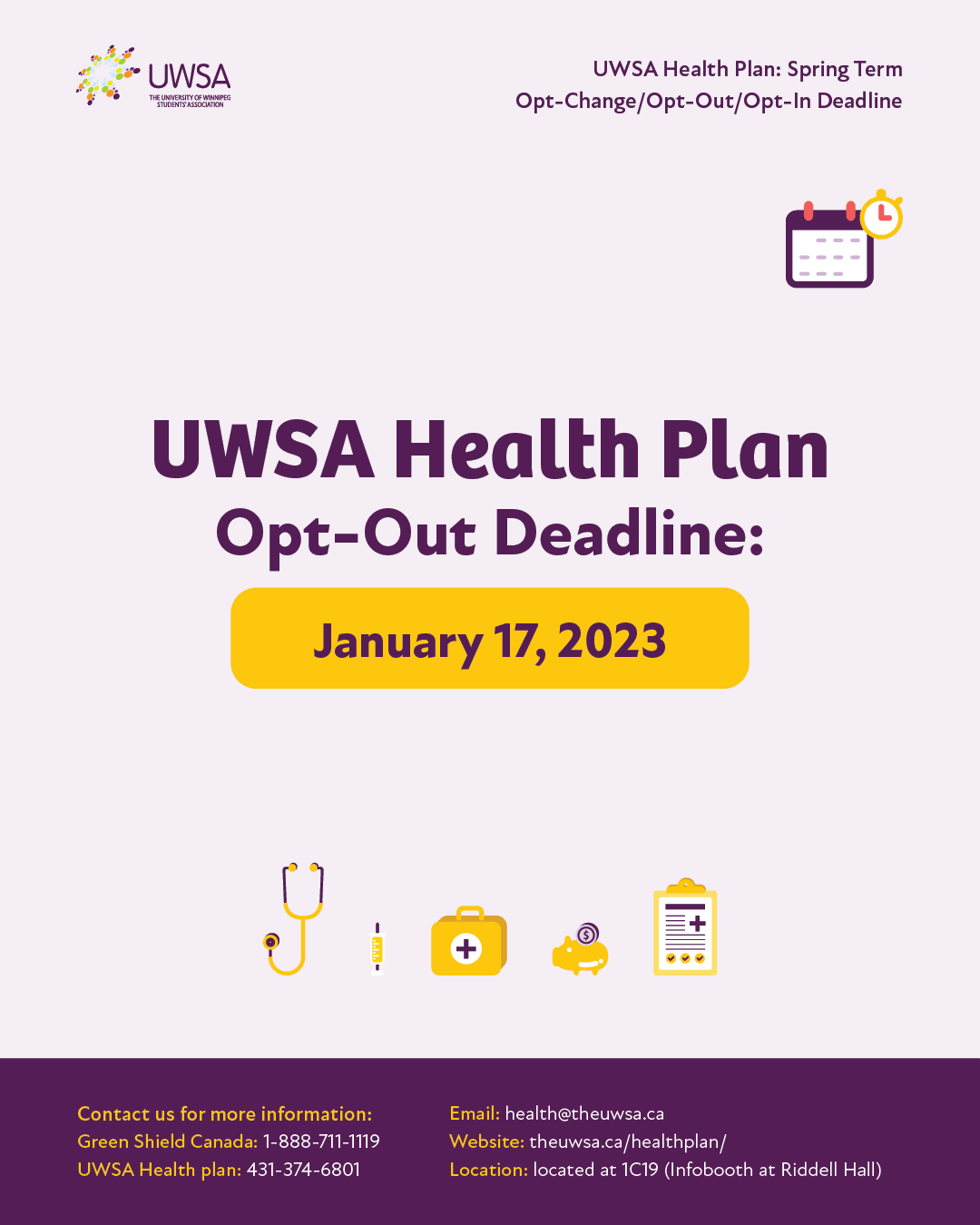 Students who started in the Winter Term may be eligible to Opt-Out of their UWSA Health Plan until January 17, 2023.

Learn more about opting out and whether it’s the best option for you on our Health Plan Page.

Join us for a week of celebration! We'll celebrate

Make a change on campus! Run and campaign as an Ex

Join us this Friday, Jan 27th as the students of t

Doggo Days are back!! Hang out with our furry frie

On Wednesday, January 18, the Board of Directors M